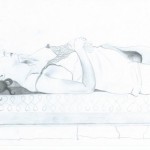 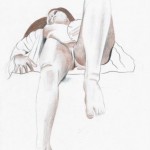 Recently I have added or replaced several pieces as well as adding a whole new page for a set of much smaller pieces a while ago, some of which I had made into cards – these can be seen in ‘Smaller pieces.’ 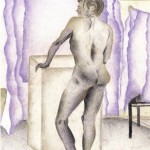 There are some new canvas works in my ‘Larger mixed-media’ page too: This is another experiment in reflective, matt ad opaque surfaces, using gold and copper shades alongside greys, whites and iridescent opal.

I have also uploaded two or three additional life drawings. 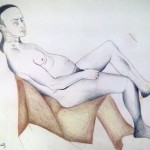 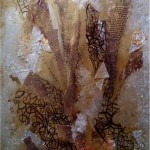 Much of the last few months has consisted of retracing certain steps made in order to move forward again and in looking both forward and back.