From next Wednesday as we come into July that, hopefully, will change. There should, if all goes well, be new faces as well as old ones, and hopefully more efforts to get the event better known!

I will be bringing some new, miniature works on Canvas – that is , new works less than 20 cm in size. After having worked a new series of deep space imagery using acrylic pours and splattered acrylic at the beginning of the year. Check out my my larger and smaller canvas size sections to see what is happening there.

Meanwhile, I have had two earlier works accepted at a group exhibition at the Pocket Star Gallery in Athens, Greece. The bricks-and-mortar stage, in which two prints of my work were shown, is now over. Soon, there will hopefully be links to the virtual exhibition. Since December, my work is also featured virtually at the Szentendre-based MIdo Galéria, and before the new year there was an auction in Szentendre as well as a group exhibition on Vecsés, a town just outside Budapest.

Recently too, there was a meeting in Szentendre among the old members of the life drawing group headed by Peter Fekete – and the chance to draw again, within this group.

Before that, I had attended some life-drawing sessions at the Budapest-based Kunstfuck residency. There were something of a shock to the system, as the poses there are to be completed in as little as one minute, maximum ten. One or two of these sketches appear on my Life drawing page. There was a very helpful way of delivering feedback at the end of each session – the works were displayed within the groups and likes were delivered with a piece of tape added to each piece liked. Shocks to the system can sometimes be useful in developing different ways of working and techniques, and here it was more to do with what new techniques could be applied to the discipline, rather than striving for accuracy per se. For the time being, I am pleased with the sketches shown here – there were one or two ideas for future techniques that were noted for future reference, however.

After having already been asked to exhibit in two previous annual group exhibitions in Orfű, I as offered a solo exhibition at the municipal hall.

We pencilled in November for a Friday opening in the first part of the month, and on the Monday before I packed just over 40 works and travelled there on an InterCity train, to be met by the organiser and his car, Bela Halmos.

A new lockdown due to the pandemic had just been announced. If I had waited till the next day, which I couldn’t, I could have avoided this embarrassment.

However, the staff were at least wrong about the first statement: the exhibition did go ahead, it is still there, as I write in March. It is just that no one is allowed to see it.

However, a link was put up to the exhibition as well as to each individual work on Facebook, and can still be viewed here:

Most of the works of my most recent, that is from between 2016 and 2019. They are mixed-media collages on canvas, using geometrical shapes such as squares and triangles, layered over with other colours, often gold, silver or copper.

The promise is that there will be a finissage opening if once the pandemic – it it ever does – come to an end.

In the meantime, my work has moved on, and soon I will be posting some new images that build on what I have done before.

This is Art Addicts ltd.

I have to say that lockdown in many ways has been an absolute gift! It has allowed me to concentrate almost full-time upon an old art project of mine I was never able to do justice too – until recently.

That was a set of Tarot cards, that is 78 designs for each card, created to express the research and ideas I had for the symbolism for each card. Just before Christmas, I got my hands on a laptop that already had Photoshop, which I had lost many years previously, after the c drive on a rather ancient PC died a death. Gimp became a reasonable alternative to this until they in their wisdom, no longer allowed its users to save in either jpg or PNG.

Then someone from a group on Facebook for Tarot card designers very kindly showed me how to professionalise the borders and labelling on each card. After that I used Photoshop to edit the designs themselves and to improve upon the colours of the original artwork. This took many evenings working into the small hours of the morning. The fruit of all this midnight oil burning can now been seen in my new Tarot section, here.

The first page gives more information about he Pack and the ideas about it, then the link at the bottom on bold will show a page of samples.

Most other art projects have been on hold in the mean time. It did seem a good time to stand back an reevaluate. 2019 was a landmark year in terms of getting into a stronger position rather than being a hostage to fortune and let’s say I always knew it was, well, on the cards, that 2020 would bring some kind of a serious global crisis. But there were some big disappointments too – the best opportunities last year were through a society of life drawing artists, but the world of art in general can still be a very challenging one to negotiate.

However in my ‘large mixed-media pieces‘ section I have added two more recent new pieces.

Quarantine may still be in effect in most countries and I suspect there will be a three steps forward two back for a long time to come yet, but here is my shop at Red Bubble. My work is available as prints, cards, canvas prints and more – and as masks.

I certainly do feel honoured that someone felt my art had sufficient merit to be written about on such a scholarly way! So I have translated it, and the results are here to be seen!

Many thanks to Adrienn Demeter for taking the trouble!

Here is the link to the page:

The first piece of news is that my work was included in a group exhibition at the Pro Art Ateliers centre gallery at Horánszky Utca 5, at the end of March 2019. The exhibition was a private affair, the second one to be organised by Peter Fekete for our life drawing group, and included the master work of Egyed László, who sadly died not long after he was still able to attend the opening.

I have updated the life drawing designs included here.

My next solo exhibition will be at the gallery venue of The Corinthia Hotel, Budapest! I am naturally very excited to be having the opportunity to exhibit there. The opening will be this coming Saturday 29 September, at  7;30 PM and Képes János, who has sometimes attended a life drawing group I also have exhibited with,  and will again, has kindly agreed to host it. 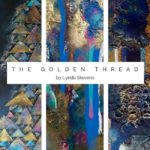 END_OF_DOCUMENT_TOKEN_TO_BE_REPLACED

This is the fifth one-night event of its kind, in Alternative Budapest, among the ruin pubs and other such haunts of the inner city and truly open to all, whether or not local or foreign. The only requirement is that each artist, whether or not painter, sculptor, singer, performer, musician or magician, should have a passion for performing and for being wildly creative!

Once again, here is the link

The time will be Thursday March 1st, expected to last beyond midnight, at the Füge Udvar.

Recently I have been attending bazaars at the cellar of the Painter’s Palace, another free and anarchic venue for artists to meet and attend such events as life drawing, collaborating on drawing events and creative writing.

Recently too my work has been chosen among Award-Winner/Award-Winner Finalists in the “Traditional Art” category of the 2017 Soul-Bridge Spiritual&Fantasy Art Contest of Europe. My work can be found among the other finalists via this link.

I also took part in the New York Artbox project event, with my entry with all information about it being shown on the big screen.

The exhibition will be today on the 4th November at 6 30 pm, at the Kredence Bistro at Rottenbiller u 8. It is close to Keleti Railyway and Metro Station.

It will be opened by András Vág.

The summer was an enormously creative time, thanks in part to being able to work with artsits in the public, at the Gozsdu Court every Thursday in the city of Budapest (and at home too) via the Ferdinand Gallery.  Alas, that is no longer possible for the time being due to other commitments and anyway it is starting to get colder……

Several small pieces of mine are already on show at the Jancsó Galéria, at a cosy cellar in Kazinszky Utca 3.

Meanwhile, on the 25th November I will be involved in a group exhibition at Ráday Utca Budpest, organised by Péter Fekete, who has been hosting life-drawing classes, with wine and snacks – sometmies more – at the end of each session. On the 4th November I have been invited to show my work through the Mo Mo Csoport, or group, at the Rottenbiller Café, in the 7th district.  The working title will 1The Pearl of Great Price,’ or in Hungarian ‘A Nagy Értékü Gyöngy.’ Once  I have the invites ready, I will be posting more precise information.

So watch this space…..